I got word that Vertigo Skatepark is now letting bikes in the park on Wednesdays from 5-10PM...but you have to "call for details". I haven't called yet, but I'm assuming no pegs, or only plastic pegs and pedals permitted, and I bet the price is inflated. There is also no mention on their website yet. It's been 3 years since the park opened and bikes have been banned since the start. Deja Vu anyone? I kinda get the feeling they're pulling an Academy Skatepark move here, hoping to pull in some more cash by letting the bikes in once a week...but that's just me. Brookfield isn't exactly right around for us, it's at least an hour drive, but I'm sure we'll hit the place up at least once this Summer. 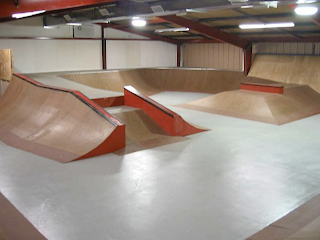