So the Pedal Power Crew rented out the Haven Skatepark for a Holiday Session. Some friends and family came along to shred and fun was had by all. Check out the few photos I shot over at TYRANT's Photos.

Peter Krol Pedal Stall to 270 out 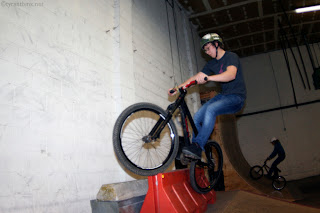 Posted by rideTYRANT.com at Monday, December 24, 2007 No comments:

So T got one of her Christmas presents a week early, a new BMX bike. She was riding an Intergral Slauson that Bill at Pedal Power gave me a smoking deal on about a year ago. The Integral was cool, but it had an American BB, regular headset, and weighed 34 lbs. That's a tank of a bike for a 125 lb. girl to handle! T's new ride is a coffee colored 20.75" Eastern Dragon complete with an Odyssey Pro Dirt Fork, MacNeil Light Bars, Primo Powerbite Cranks, Integral Cassette Wheel, and lots of green accents. Green Shadow Grips and BB, Animal Seatpost Clamp, and a sick custom built front wheel...an anodized green old school Velocity rim laced to a GT Mohawk Hub. Any other rider would destroy this front wheel, but T is light so it will hold up no problem. Rumor is there may be a ladies only session at the Haven Skatepark in the near future. Get your girlfriends riding!!! 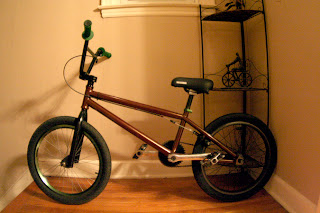 Wow, what a rad weekend! T and I rode Haven Saturday night and Sunday and we're both beat! Head over to the TYRANT Photos to check out all the pics I shot. T actually took a few photos of me too...yes, I still ride bmx. 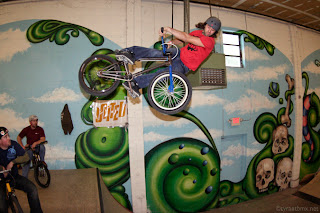 Posted by rideTYRANT.com at Sunday, December 16, 2007 No comments:

So Craig Samuels, long time TYRANT supporter and CT local, has been out in San Fran. at film school since the end of the Summer. Craig shoots me a trusty MySpace message now and again to let me know he's alive, but the message I got last night was rad as hell!! Check out this quick short produced by Craig...and check out the last 15 seconds of the video. Craigs getting ill on his fixed gear! SO SICK!

Add to My Profile | More Videos
Posted by rideTYRANT.com at Thursday, December 13, 2007 No comments:

So Arnwine and I met the whole Pedal Power Crew at the Haven Skatepark last night for the BMX session. I think the highlight of the night was Gary Nicol, one of the owner's of Pedal Power. Gary blew off the mountain bike ride he was supposed to attend, took (bought) a DK Dayton from the shop, and came and rode the park in a road bike helmet and Dr. Martins. Great! Everybody was having fun and it was rad to watch some of the locals totally kill the place. Check out the photos I shot over at TYRANT's Flick.

Mike Stock tabling off the bank 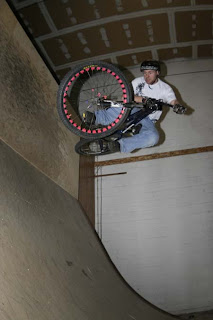 Ah, what a great old Social D song. Anyway, I've been sick boy since last Sunday. Coughing up a lung, running a fever, and feeling like a pile of crap. Cyclocross season finally got the best of me. Well, my fever broke and I feel a little better today even though my throat is still on fire. Tomorrow is the 1st of 2 races this weekend to end the 2007 New England Cyclocross season and its going to be hellish! The weather's supposed to be in the low 30's with snow showers, so I'll most likely get bronchitis next week, but I'm ending the season on the bike, not sick in bed! So with that said, I'm off to bed. Gotta be up at 5 am and on the road to Rhode Island by 6. 2 more days and the season is over...so I'll be at Haven Skatepark a few times a week from here on out. SICK!
Posted by rideTYRANT.com at Friday, December 07, 2007 No comments:

So JUNK*MART claims this is one of the "Hot Bikes this Holiday Season". Are they out of their minds? Who manufactures this crap? Somebody please go to Wal*Mart and buy me one of these for Christmas...so I can ghostride it into on coming traffic and burn it! I pity the pathetic parent that actually purchases one of these death-mobiles for their kid! Be sure to purchase the supplimental insurance policy that goes with it! 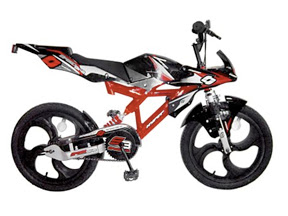 Posted by rideTYRANT.com at Tuesday, December 04, 2007 No comments:

So there was a crazy crash at the Haven Skatepark Saturday night. I have no idea how either of these guys walked away uninjured!!!

somebody landed on me

Add to My Profile | More Videos
Posted by rideTYRANT.com at Monday, December 03, 2007 5 comments:

So T and I went to the Haven Skatepark late last night for the BMX session. The park is pretty sick! and tons of riders were there. It was awesome to see so many people I haven't seen in ages. I shot a bunch of photos which can be viewed over at TYRANT's Photos. I have to get more comfortable shooting indoors, the lighting throws me for a loop so don't mind some of the blownout photos! 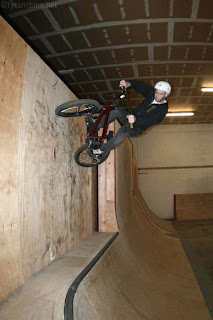 Posted by rideTYRANT.com at Sunday, December 02, 2007 No comments: