I decided to ride from my place in Portland to a family picnic at the Guilford cottage on my road bike. It was hot as hell, I got a flat that took 10 minutes to fix, and I got sunburnt during the 29 mile ride. I was also a bit sore; I raced the Cyclonauts 56 miler yesterday morning up in Monson, Mass. The plan was that the crew was going to get together to ride some BMX street tonight. So we waited for the sun to go down in hopes that we would get out for a warm evening session, but no such luck!!! It was hot out and I was sweating bullets!!! For the first time in a long time the crew got togehter for a Sunday night session. Lolli, Whip, Arnwine, Pete F., Todd from the shop, and I rode around M-Town for a few hours hitting up a few of the regular spots and one new fence ride that Blachura and P. Krol found. It was nice to ride with a bunch of people for once, solo missions get old after a while!
Here are a few photos Whip took for me. 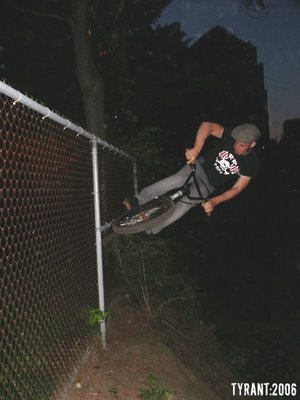 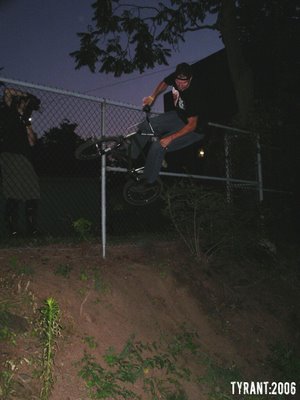