You couldn't ask for a nicer day in November!

Today was gorgeous and I made it a point to get out the door early and over to Wethersfield. The park was as dead as I've seen it since it opened. When I showed up at 10:45 there were 13 people there and it was actually possbile to ride a good line without getting snaked. The Begins shows up and Brandon had everyone talking. I know I've said it time after time, but that 11 year old rides better that half the kids at the park. He pulled a nice 3 foot gap to feeble grind and was pumping the bowl higer than I was. There was a whole crew there riding today and its was a super fun session. I rode all day so I only took 20 mins. out to shoot a little film.....I posted it on Tyrant's Flickr.


Nolan Parent airing out of the bowl in my face 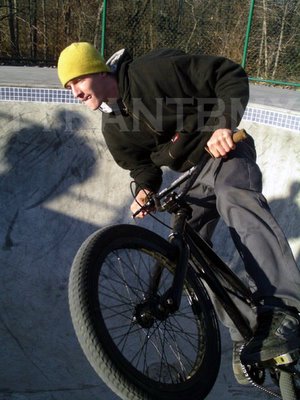