Wethersfield on a Sunday

Since I haven't been "cleared to ride yet" (which I think is B.S.!) I have been the ultimate paparazzi at the skatepark. I headed up to Wethersfield late on Sunday afternoon with D. Whip, Steve A. and Matt Lolli to shoot some film while they rode . It turned out that the park was totally infested with riders and skaters, but a lot of huge tricks were still thrown down. I got a bunch of great shots, go check them out Tyrant photos published on Flickr. 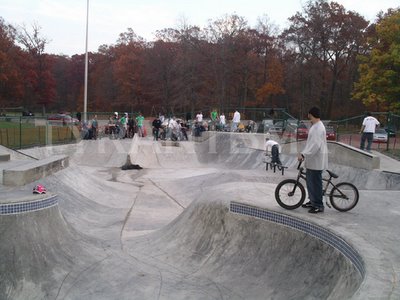