So today was the New Britain Skatepark jam and it was super fun! There must have been at least 50 people there, and at least 25 were riders. Anyone who has ever ridden New Britsky knows the bowl it totally lame, so some locals dragged and flipped a quarterpipe over to add some flavor to the place. It was nice to see some faces I haven't seen in a while. As usual people were going off and I got some pics. The highlight of my day was taking a sip of my Mountain Dew and getting a mouth full of soda and bees.....and getting stung on the tounge. WOW did it hurt! Anyway, that was the worst injury of that day so I'm not complaining. Enjoy the photos, maybe they'll motivate a few of you un-named riders who haven't been riding your bikes lately to get off your ass!

Don Pavelka with a pretty table 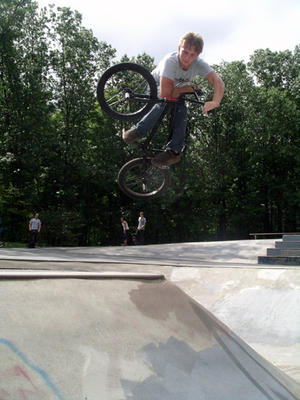 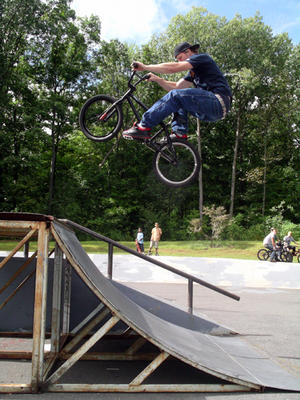 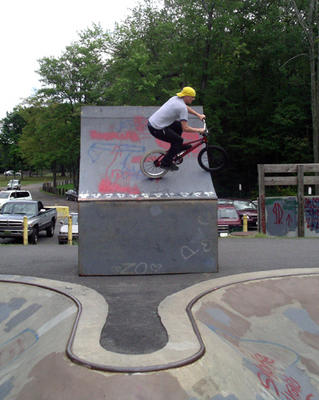 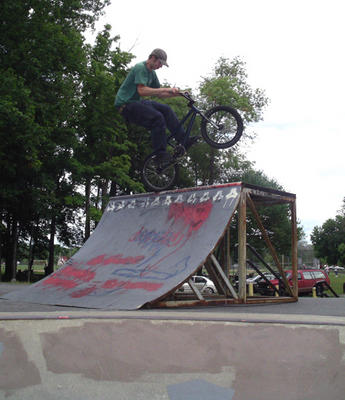 Posted by rideTYRANT.com at Sunday, September 18, 2005