So here are few random things...

I was over my cousin Johns yesterday tooling around on his chopper bicycle that he acquired from Shawn Hebrank. Shawn and Andy fabricated this beast a few years back and its been put to good use lately. That thing is nuts! 5 foot high handlebars and a 3 foot high seat. Word on the street is that there is going to be a race between Drew from New Haven and I. Drew has a killer chopper fixed gear tall bike, at least 6 feet high. Your going down Drew! Check out the photos T shot at TYRANT's Photos. 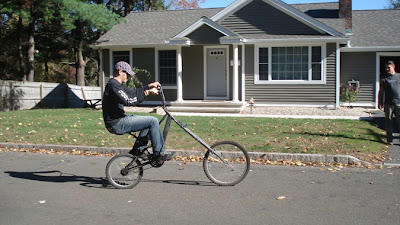 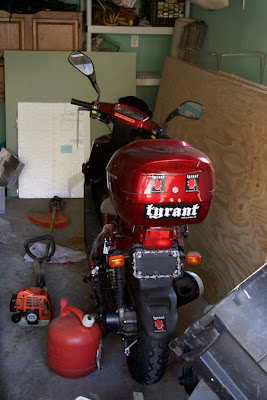 oh, man! no credit!!!
me and andy weld built that fucking bike. you better change that, and have it with big capital letters proclaiming the TRUTH. you're just a mouthpiece of lies! lies! LIES!!!!

hahaha, much better. this blog has been updated with the gospel of shawn hebrank. It is the truth, the whole truth, and the sexiest truth.
that bike is pretty much how i met you, by the way. CROMWELL FOREVER!