So most of the guys who rode street the other night got together tonight to head up to "the Heartbeat" (Hartford) for a late night street session. As usual it was a good time and people were getting stuff done. Dave Blachura was back on his bike and killing it after 6 weeks off with a broken collar bone. Steve A. pulled a few solid wallrides and ended the night feebling down a 6 stair set. Lolli was spinning flatland tricks on his Deuce Deuce on the Bushnell Stage. It was nice to get a crew together and rip around the city hitting up the popular spots and being a little mischievous here and there.....Bob and Bryan! All in all it was a great session despite the chilly temps. Check out the photos at TYRANT's Photos and check out Ghostship Clothing (hoodies being worn by Matt and Steve in "Bushnell Stage photo)

The crew "hanging out" in Heaven in downtown Hartford 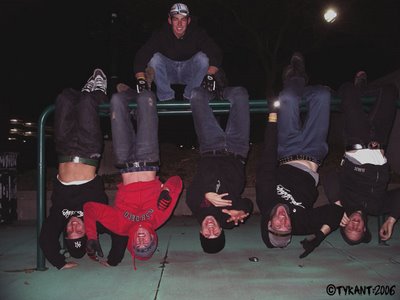 Stopping to pose on the Bushnell Park Stage

Dave Blachura is back on the bike! 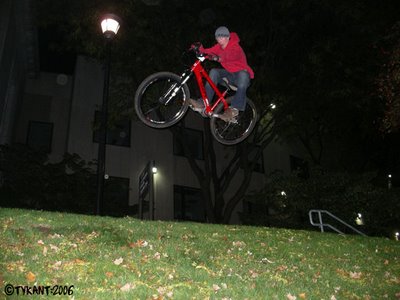