So Bry. Arnwine and I headed down to mingle with the YALEians and ride the campus...and a little bit of downtown New Haven. The session was pretty solid and as usual Arnwine was tearing apart everything in his path! Monster wallrides pedaling 20 mph dodging 4 lanes of traffic, marathon length manuals, and some dialed fufanus! The session ended quickly when we were forced to be on our way by the YALE "boys in blue". You know....cause BMXers are such a threat to society, but the drugs dealers and thugs roaming around the campus are harmless!!! SO LAME!!! Anyway, check out the rad pics at Tyrant's Photos on Flickr and the video below. As always thanks for checking out the blog and supporting TYRANT!

The photo does it no justice! The bank up to the wallride is at least 12 feet tall!!! 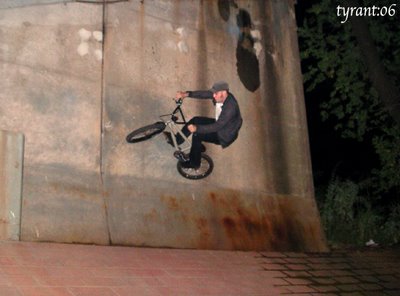 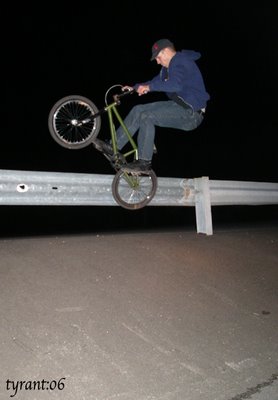