For the 3rd year in a row the Pedal Power Stunt Show was a total success! Many thanks to Gary and Bill at Pedal Power for letting us put on the show again. I'd also like to thank our sponsors: TIP Plus BMX, Primo, Giant, MOSH, Maxxis, MotorTabs, TYRANT BMX, and Ghostship Clothing. Props to all the riders who came out to shred, Steve Begin for all his hard work helping get the course built, and all the loyal fans that came to watch the madness!

**Special thanks to Jason Patrician for all the amazing photos!**

The riders this year were going off! Everyone was feeding off one another and some huge stuff went down. Among the highlights were Team USA rider Bryan Yezierski and Tom Ligin's amazing trials riding, Don Pavelka's tailwhip transfer over the 8 foot quarter to quarter gap, Aaron Tauscher's telephone pole wallslap, 12 year old Brandon Begin's no handed fakie air, and Josh LaRosa's crazy flatland links. Go to Tyrant's Flickr to see all of Jason's rad photos! 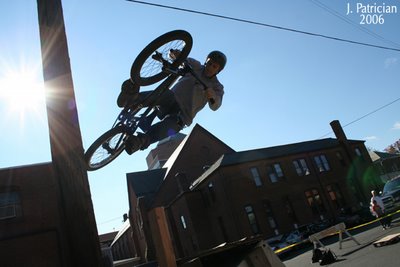 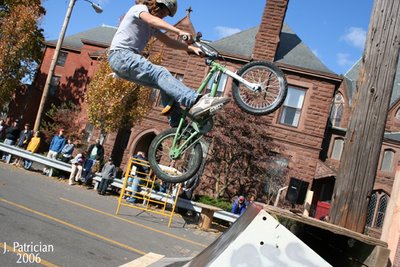 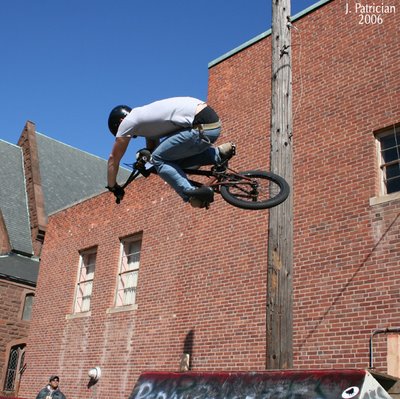