Craig reported in from San Fran and this is his current set-up. To be honest, I didn't even know if Craig had a BMX bike anymore cause he was ripping it on his fixie for so long. Craig asked that I stress the fact that this is a custom build, despite the fact it looks like one of the new Sunday completes. It's the real deal, hand built suckas! 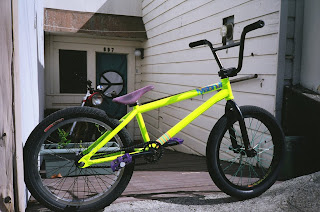 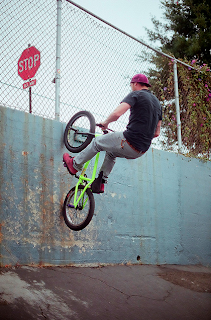 Photo by Terry B
Posted by rideTYRANT.com at Tuesday, October 12, 2010