Pete Krol has some new ramps in his backyard that the locals have been sessioning on a regular basis. After a lousy day of road racing I stopped by Pete's to shoot some film. It was pretty much the Jake Lineberry show, the kid was going huge. Matt Jones, Cody Caron, and Pete Krol were also boosting really high and the new backyard line looks really fun. Except more photos really soon! I'll be heading their to ride in the near future. For now, head over to TYRANT's Flickr to view the photos I shot. 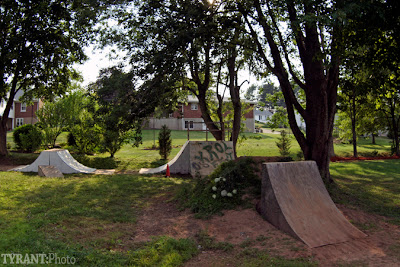